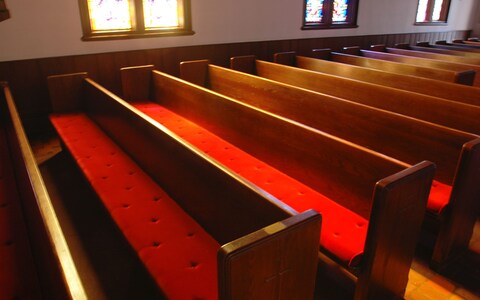 Christian belief has halved in Britain in 35 years with just one in three people now identifying as Christian – while atheism and Islam continue to rise.

Figures published by the British Social Attitudes Survey reveal the widest ever margin between staunch atheists and believers who are certain that God exists.

The survey shows that the biggest change is in the number of people who define themselves as “confident atheists”, which rose from 10 per cent in 1998 to 18 per cent in 2008 and its record high of 26 per cent in 2018.

In contrast, researchers found that an overall 55 per cent of the population express some sort of belief in some kind of God.

Nancy Kelley, deputy chief executive at NatCen, said that the steady decline in religion and belief among the British public is “one of the most important trends in post-war history”.

“As our society has become more secular, the role of religious institutions and religious identities in determining our moral and social norms has weakened. Other world views, such as scientific rationalism and liberal individual-ism, now play a more significant part in British society.”

The report’s authors said the survey suggests Britain is becoming more secular “not because adults are losing their religion” but because older people with an attachment to Christian denominations are “gradually being replaced in the population by unaffiliated younger people”.

They added that religious decline in Britain is “generational” as people tend to be less religious than their parents.

Andrew Copson, the chief executive of the non-religion charity Humanists UK, said: “With these trends set to continue, policymakers in every field, from education to constitutional law, to health and social care, need to wake up to such dramatic social changes.”